CBS will broadcast the 2022 National Christmas Tree Lighting on December 11th at 8pm ET, offering a special opportunity to friends and families across the country to tune in and celebrate this holiday tradition from the comfort of home. 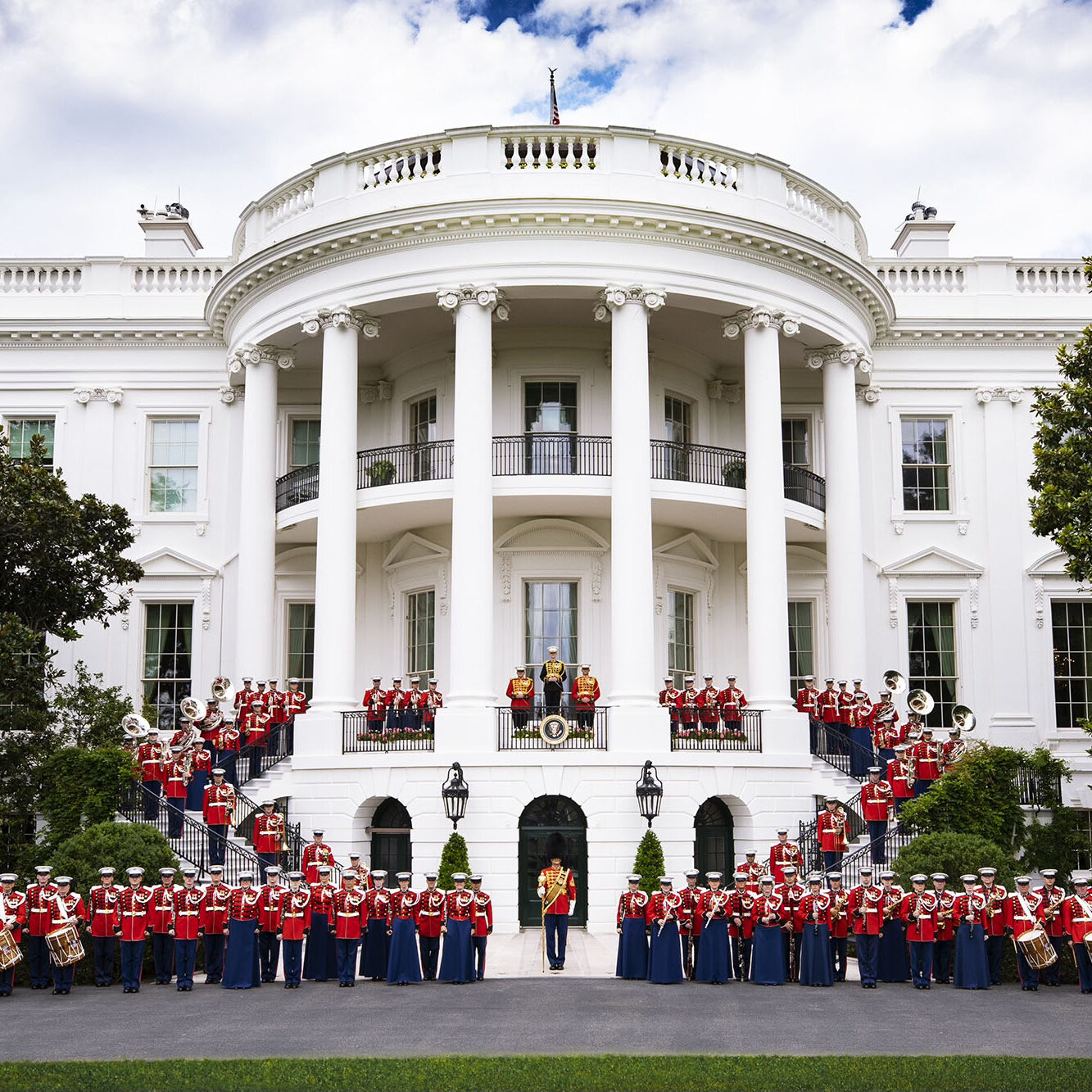 “The President’s Own” United States Marine Band was founded in 1798 by an Act of Congress and is America’s oldest continuously active professional musical organization. The Marine Band performs a varied repertoire for the President of the United Sates and the Commandant of the Marine Corps, including new works for wind ensemble, traditional concert band literature, challenging orchestral transcriptions, and the patriotic marches that made it famous. The U.S. Marine Band is the only musical unit that bears the title of “The President’s Own,” and has performed for every Presidential Inauguration since Thomas Jefferson in 1801.

The Marine Band has performed at a variety of historical events and ceremonies in its 200+ year history, including the first documented use of “Hail to the Chief” in 1829, the dedication of the National Cemetery and the Gettysburg Address in 1863, laying the cornerstone of the Washington Monument in 1848, the 1963 funeral of President John F. Kennedy, and the rededication of the Statue of Liberty in 1986. In 1880, then 25-year-old John Sousa was appointed 17th Leader of the Marine Band, and during the band’s first concert tour they premiered many of Sousa’s now famous marches.

In 1998, the Marine Band was the first musical institution inducted into the American Classical Music Hall of Fame and in 2019 the band won its first Emmy Award for its collaboration with Gerard Schwarz on the All-Star Orchestra program. 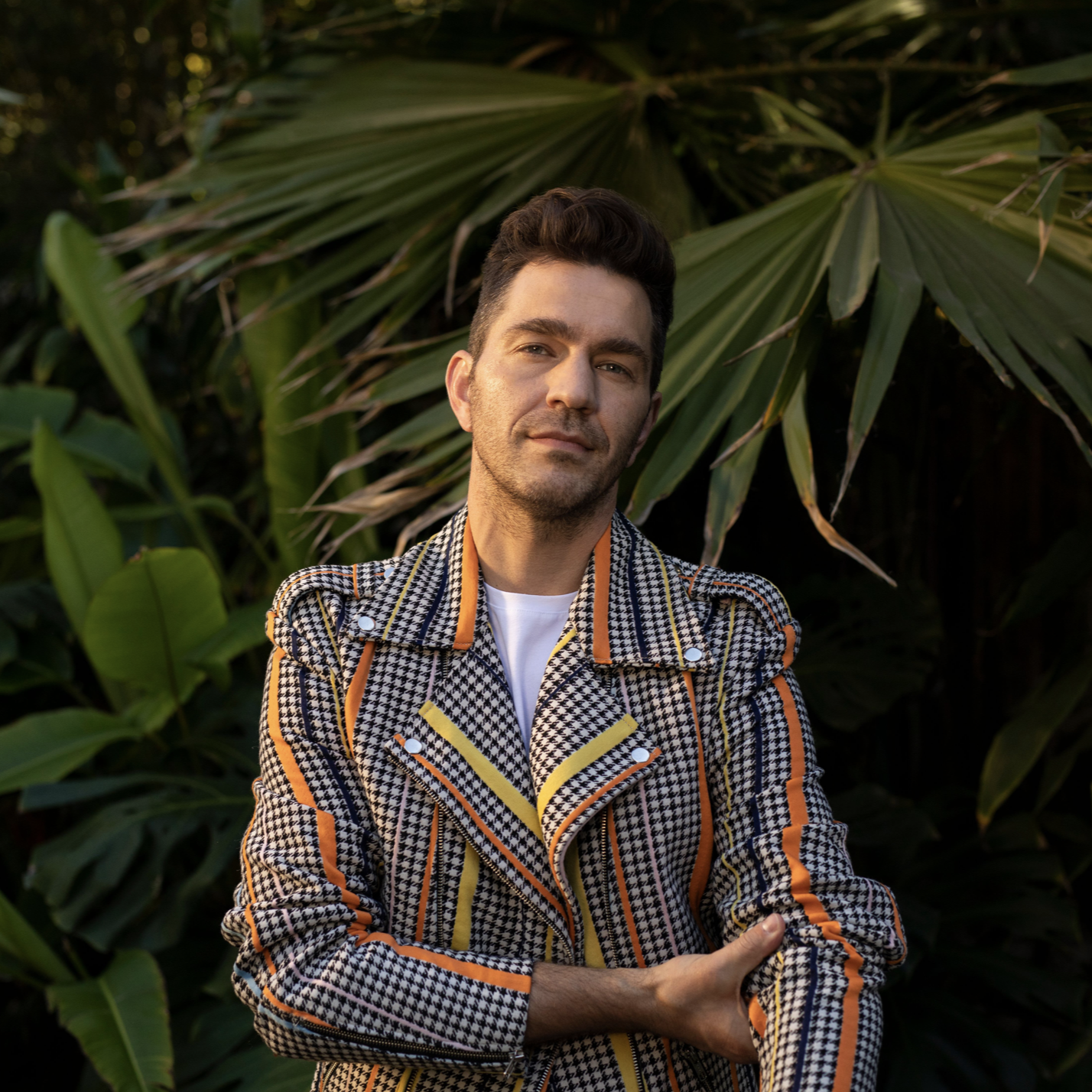 Multi-platinum artist Andy Grammer was named the #1 “Happy” Streaming artist globally in 2022. His catalog of hits includes “Honey, I’m Good,” “Keep Your Head Up,” “Fine By Me,” “Don’t Give Up On Me,” “Fresh Eyes,” and “Good To Be Alive (Hallelujah).” He’s generated billions of streams and lent his music to films such as Five Feet Apart. “Don’t Give Up One Me” became the soundtrack for ESPN’s 13th annual V Week for Cancer Research, garnering Grammer a Sports Emmy for Outstanding Music Direction, as well as a Clio Award.

Beyond selling out shows on multiple continents, Grammer has electrified audiences on dozens of television shows, in addition to appearing as a contestant on Dancing with the Stars. He was most recently on The Talk, where he performed their new theme “Good Company (The Talk Theme,” a song he co-wrote.

Most recently, Grammer released fan-favorite tracks including “Lease On Life,” “Damn It Feels Good To Be Me,” “Love Myself,” “Good Man (First Love),” “Joy,” and “The Wrong Party” with Fitz and the Tantrums, and completed his 2022 Art of Joy Tour and The Wrong Party Tour with Fitz and the Tantrums. He also performed on the some of the largest stages, including PBS’ A Capitol Fourth. Grammer’s latest single “Saved My Life” with R3HAB has over 20M streams, and he will be soon honored by Big Brothers Big Sisters of America and Claire’s Place Foundation for Cystic Fibrosis Support for his work and generosity. 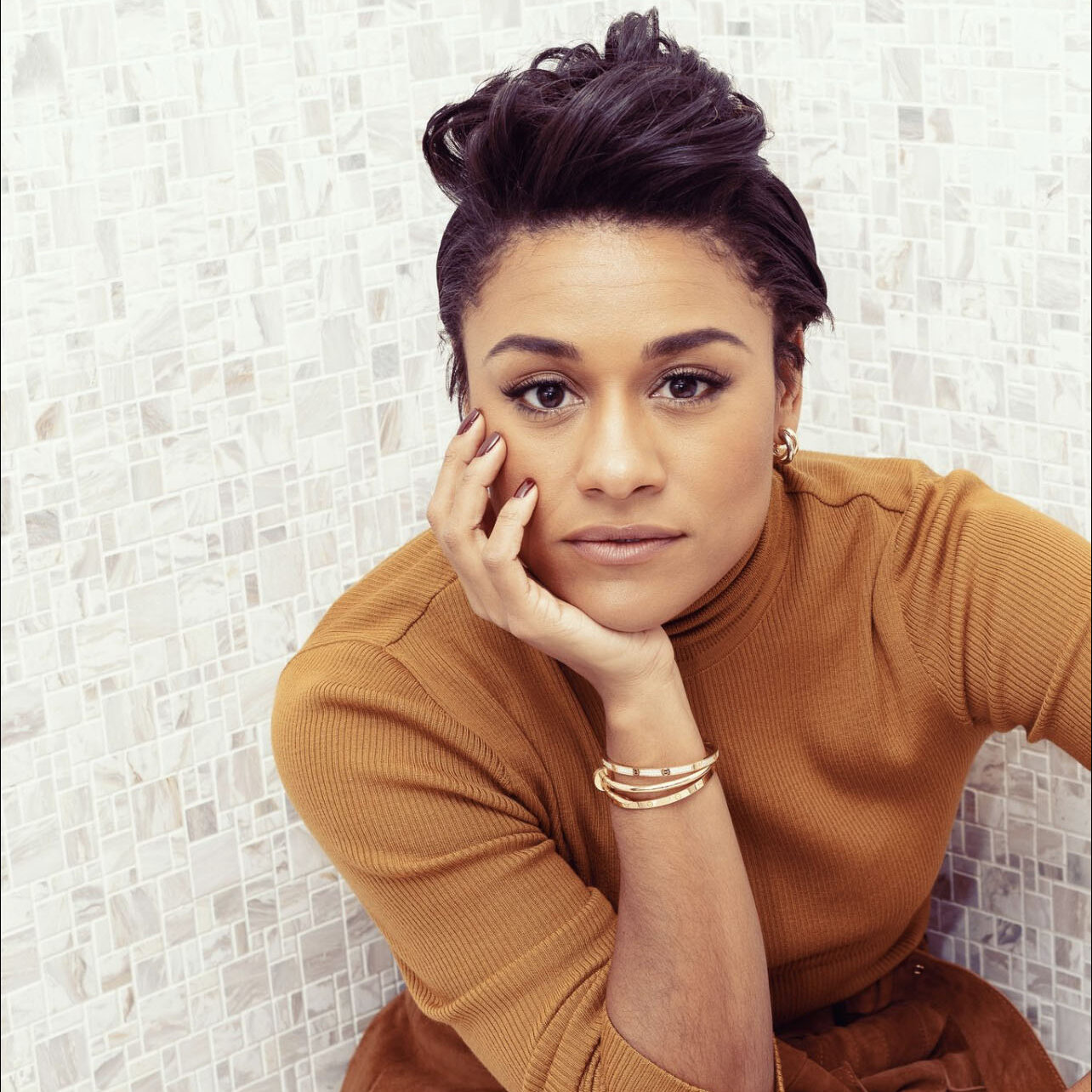 Ariana DeBose is an award-winning actress, known for her roles onstage and in film and television. She received an Academy Award, BAFTA, Critics Choice, and SAG Award for performance as Anita in Steven Spielberg’s “West Side Story” and is the first openly queer Afro Latina to win an Academy Award. DeBose will next star in “Kraven the Hunter” (Sony Pictures, Oct 2023); “Wish” (Disney); and “Argylle” (Apple). She will also star in the space thriller “ISS,” and executive produce and star in “Two and Only,” a feature film with an original screenplay by Latina and LGBTQ+ writer Jen Rivas-Deloose.

Recently, DeBose began production on “House of Spoils” (Amazon Studios), as well as made her guest host debut on “Saturday Night Live.” In 2021, she received critical acclaim for her roles in “Schmigadoon!” (Apple TV+) and Ryan Murphy’s adaptation of the hit Broadway musical “The Prom” (Netflix). Onstage, DeBose is perhaps best known for her role as “Disco Donna” in SUMMER: THE DONNA SUMMER MUSICAL, for which she earned a 2018 Tony Award nomination, a Drama League Award nomination, and a Chita Rivera Award. DeBose was also an original cast member of HAMILTON, appearing in the off-Broadway, Broadway, and Emmy Award-winning film version of the musical, as well as an original cast member in the original Broadway cast of A BRONX TALE.

DeBose currently sits on the International Board of Covenant House, advocating for homeless youth. She is also a board member of A is For – a reproductive rights organization. 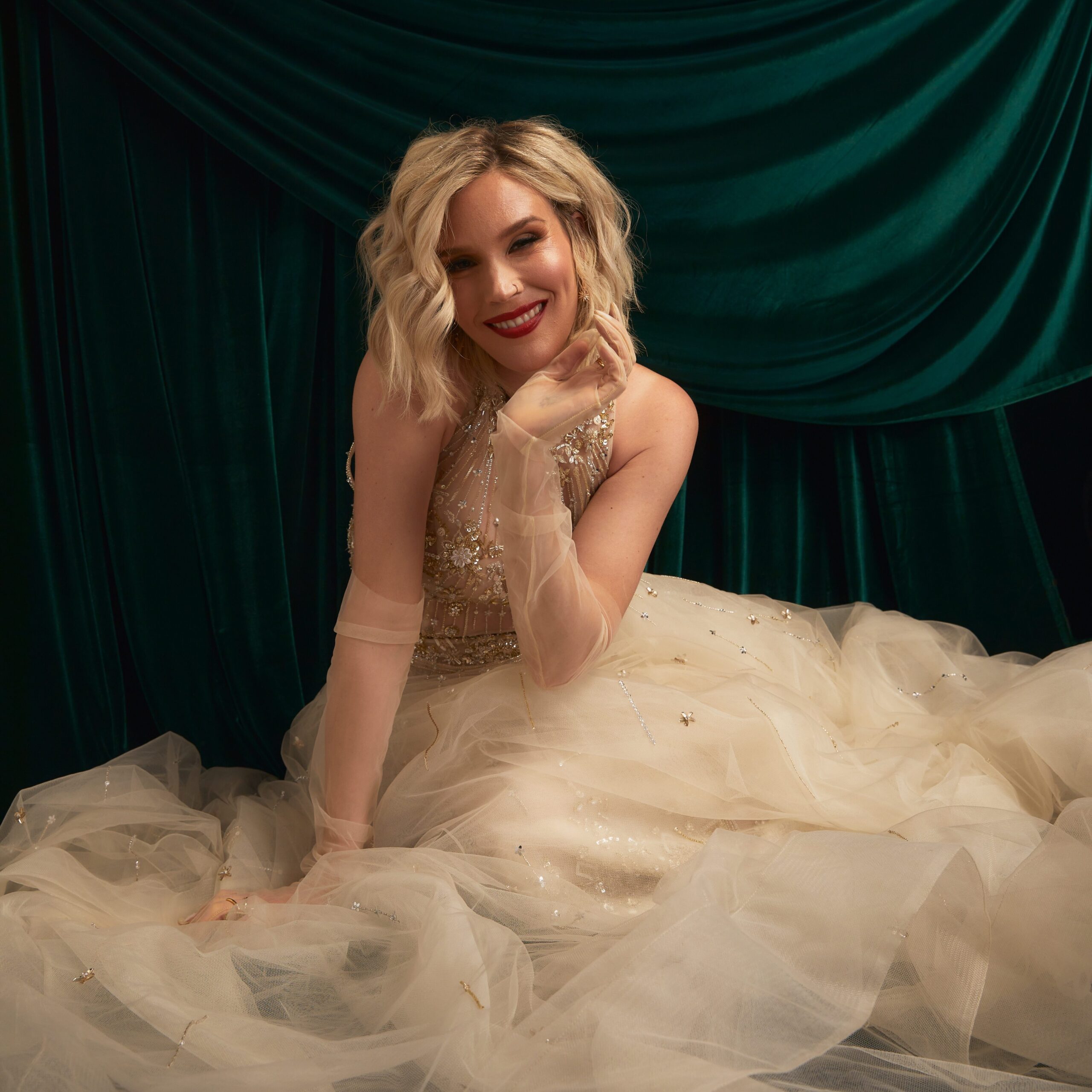 Five-time Grammy-winning soul singer and songwriter Joss Stone has sold 15 million records worldwide, with four of her eight albums landing in the Billboard Top 10. She is considered one of the best-selling soul artists of the 2000s and one of the best-selling British artists of her time. Stone made her acting debut in the 2006 film Eragon and her television debut in 2009 as Anne of Cleves in the Showtime series The Tudors.

Merry Christmas, Love fulfills a career-long dream for Stone, and is the first self-produced album from the artist. The album represents a lifelong love of Christmas music and a quest to present the music in a timeless but authentic way. The making of Merry Christmas, Love was also extra special as Stone was expecting her second child. “It felt like he was part of the album, and that made it even sweeter,” she says. 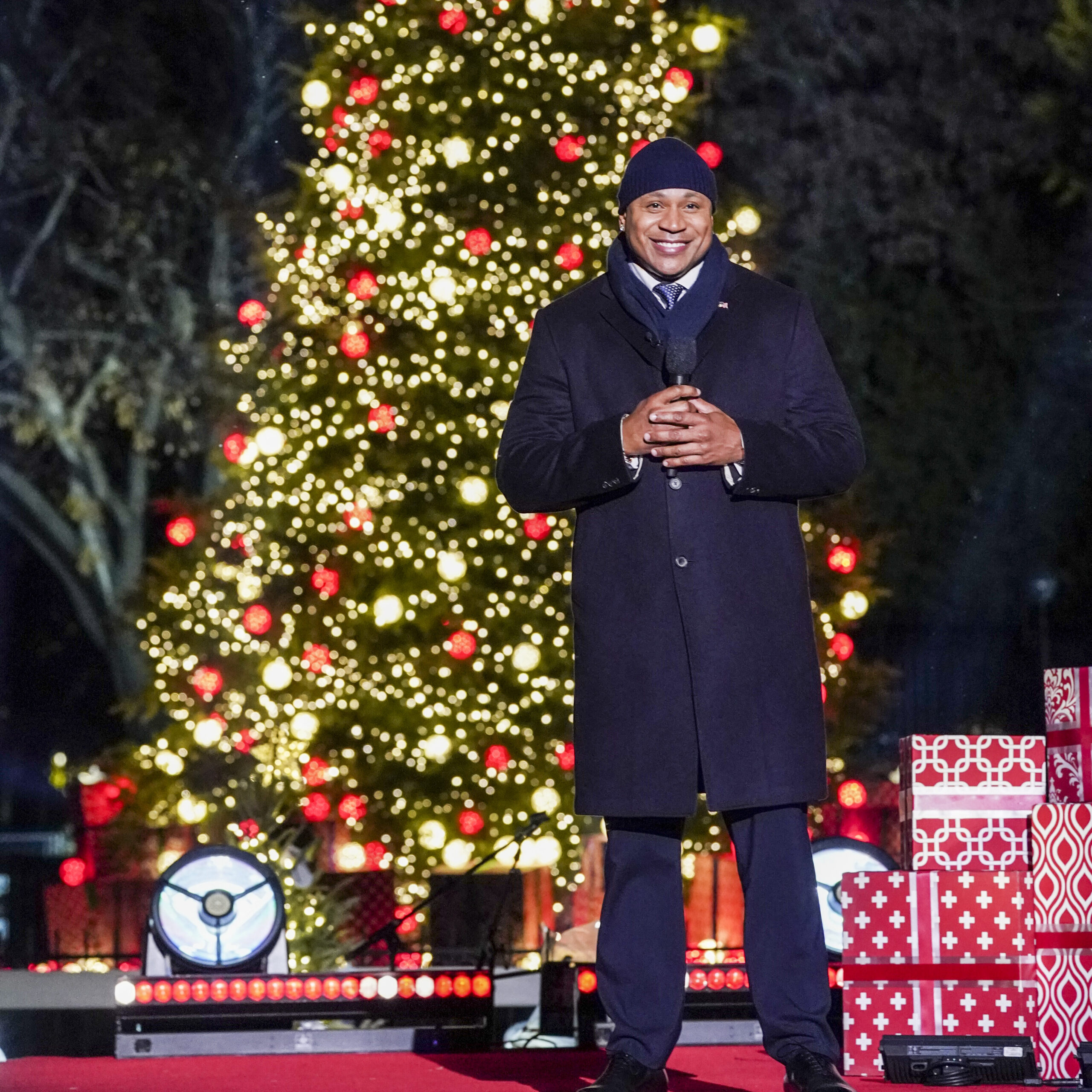 Rock & Roll Hall of Fame inductee and Kennedy Center Honoree, LL COOL J is a two-time Grammy Award-winning hip-hop icon – a recording artist, actor, author, entrepreneur, and philanthropist. The NAACP Image Award winner has created one of the most multifaceted careers and brands in entertainment. Three decades after he first burst onto the scene, LL COOL J continues his vibrant, trailblazing career.

LL COOL J began his career in the nascent, burgeoning rap and hip-hop scene of the 80s, and has remained a musical and cultural force – a living icon and significant, relevant artist. In 2018, LL launched his own SiriusXM classic hip-hop channel, “LL COOL J’s Rock The Bells Radio,” featuring a wide range of classic hip-hop content, music, interviews, and in-depth retrospectives, all curated, programmed, and presented by the award-winning artist.

LL COOL J is also the founder and CEO of Rock The Bells, a global platform elevating hip-hop culture from its roots to modern day. Founded in 2018, Rock The Bells focuses on content, experiences, and commerce that honor the timeless elements of hip-hop that drive mainstream culture today. Since its foundation, Rock The Bells has become the preeminent voice for classic and timeless hip-hop. 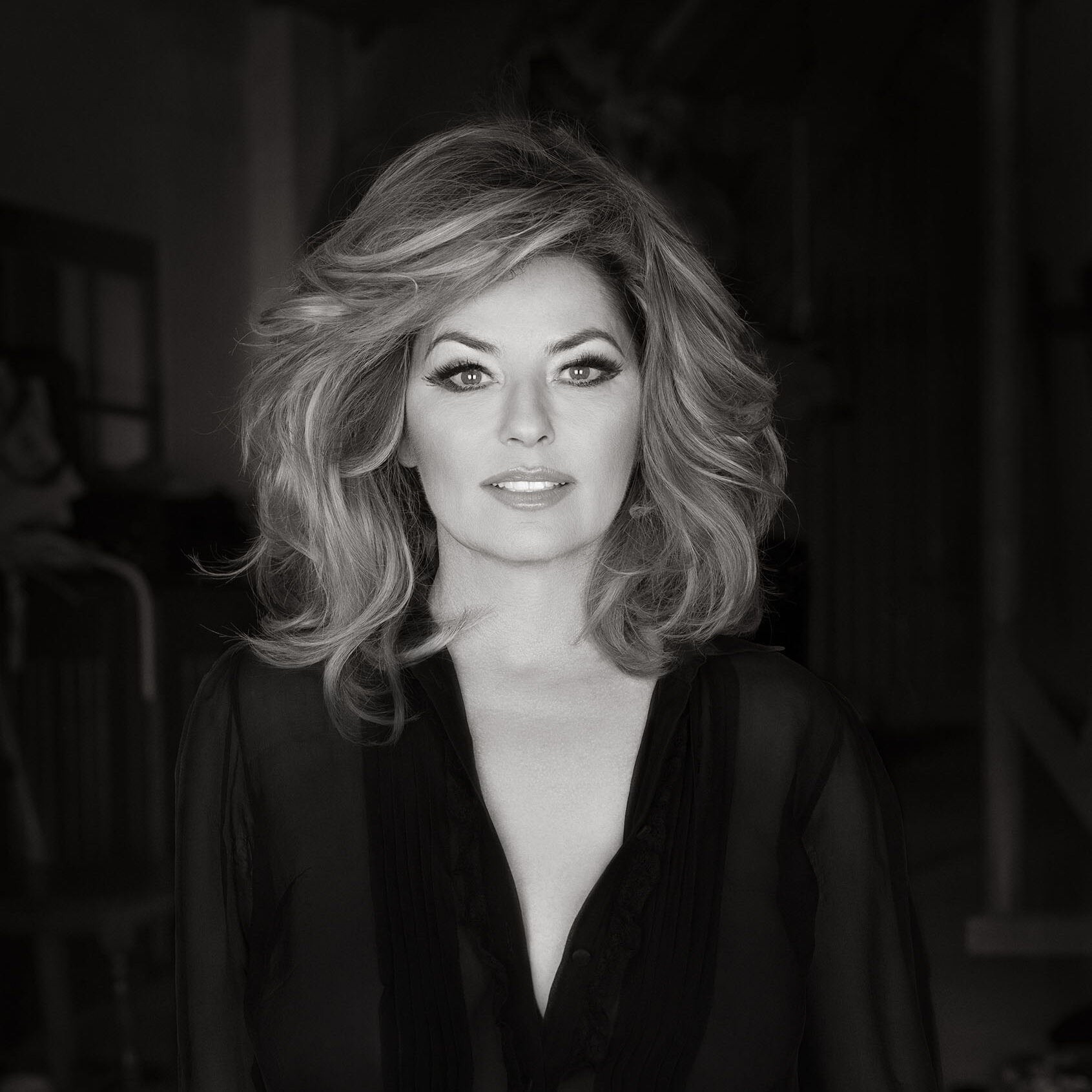 Global superstar, celebrated songwriter, and style icon Shania Twain is a five-time Grammy Award-winner and one of music and fashion’s most renowned trailblazers. With five albums released and more than 100 million albums sold worldwide, Twain remains the top-selling female country pop artist of all time. Her hits include “Any Man of Mine,” “That Don’t Impress Me Much,” “You’re Still the One,” and “Man! I Feel Like a Woman!” Twain was the first artist in history to release three consecutive diamond certified albums.

In 2021, Twain kicked off her second residency in Las Vegas, called Let’s Go! – the show completed sold out and continued through September 2022. In July 2022, Netflix released “Shania Twain: Not Just a Girl,” a career-spanning documentary on Twain’s life and career with an accompanying album, Highlights.

In October 2022, Twain announced the release of her new album and tour, Queen of Me. The album is due for release February 3, 2023 and the tour kicks off in April 2023. Queen of Me is Twain’s sixth original full-length offering, her first record since 2017, and the official debut for her new label partner, Republic Nashville, a division of Republic Records. Twain also joins the star-studded cast of Beauty and the Beast: A 30th Celebration as Mrs. Potts – premiering on ABC December 15 and streaming on Disney+ starting December 16. 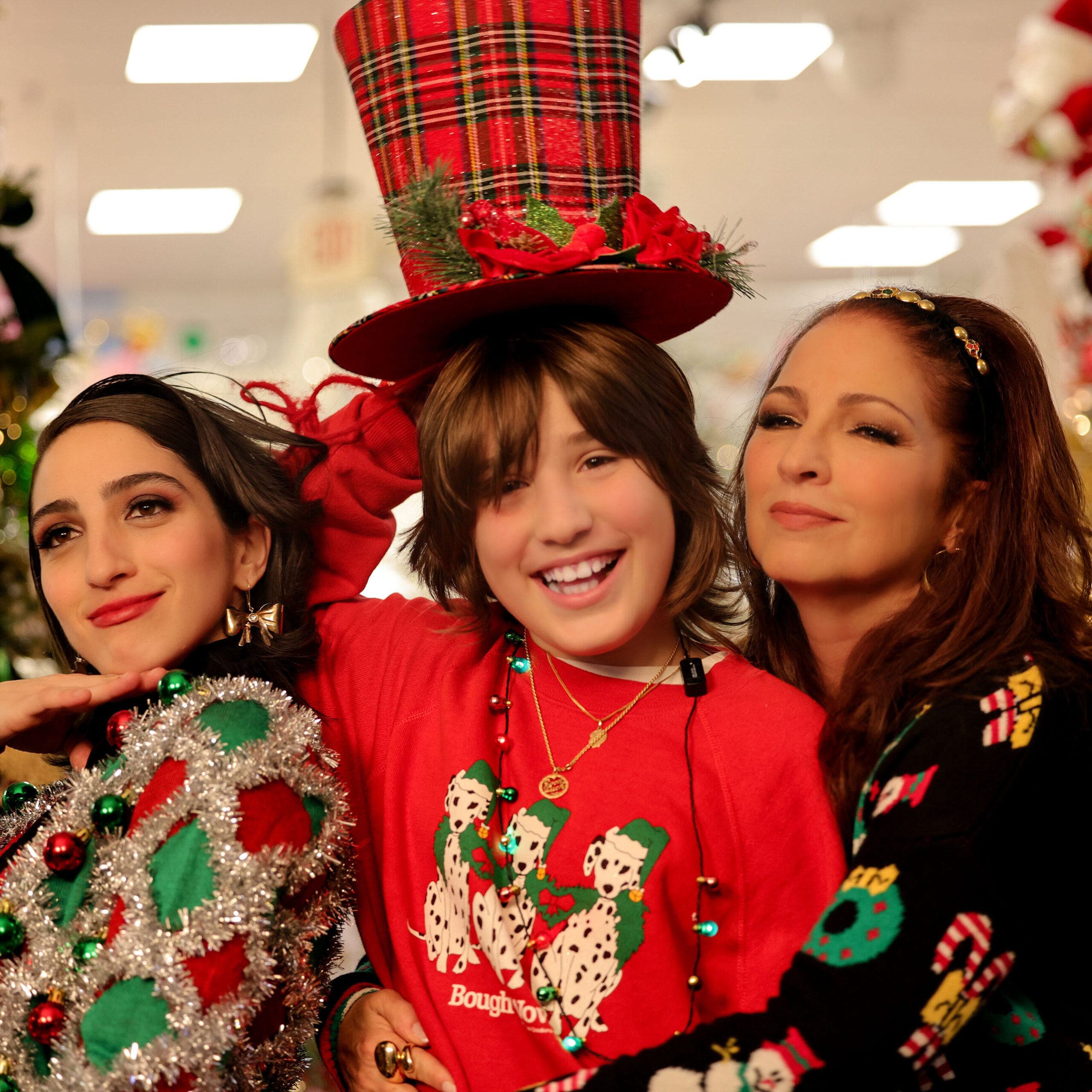 International superstar Gloria Estefan is an eight-time Grammy Award-winning singer, actress, songwriter, author, philanthropist, and humanitarian. She is considered one of the world’s most recognizable and beloved performers and the most successful Latin crossover artist in music history, per Billboard Magazine, and has sold over 100 million records worldwide.

Estefan has received an American Music Award for Lifetime Achievement, the Gershwin Prize for Popular Song, was nominated for an Oscar for her performance of the song “Music of My Heart,” and was inducted into the Latin Songwriter Hall of Fame. In 2015, President Obama honored Emilio and Gloria Estefan with the Presidential Medal of Freedom, and in 2017, she was the first Cuban-American singer-songwriter to receive the Kennedy Center Honors.  The TONY Award-nominated Broadway musical based on the lives and music of Emilio and Gloria Estefan, ON YOUR FEET!, received rave reviews and is currently on tour worldwide.

Her 2020 Grammy-winning album, Brazil305, topped the charts worldwide, and in 2021, she voiced the character Marta in the critically acclaimed animated film “Vivo,” released on Netflix. Estefan served as one of three hosts for the Facebook Watch series “Red Table Talk: The Estefans,” for which she took home an Emmy and GLAAD Award in 2022 – its 20 episodes are streaming now. Estefan also starred in the record-setting 2022 remake of “Father of the Bride” opposite Andy García, airing on HBOMax.

Emily Estefan is a Grammy Award-nominated musician, songwriter, producer, actress, activist and the Emmy-nominated co-host of the Facebook Watch series “Red Table Talk: The Estefans.” She began playing instruments as a child and that developed into a passion for all things music. After receiving her bachelor’s degree from the prestigious Berklee College of Music, Estefan wrote and released her debut album, Take Whatever You Want, and founded her own music label, Alien Shrimp Records.

Estefan’s career has spanned across several domains including writing, producing, arranging, and performing music. She has performed in music festivals all over the U.S., such as SXSW and Essence Festival, and on the esteemed stages of the Library of Congress’ Gershwin Prize and the Kennedy Center Honors. Estefan has also shared the stage with a variety of reputable performers including Bette Midler, Dave Navarro, Carole King, Billy Gibbins, The Wailers, and recorded virtual performances with Stevie Wonder, Josh Groban, Allen Stone, and more.

Emily and her partner Gemeny Hernandez have a podcast with iHeart radio, “In Our Own World,” that was named one of Spotify’s “Best Podcasts of the Month” in May 2022.

Sasha Estefan-Coppola is the 10-year-old grandson of Gloria and Emilio Estefan, born to their son, Nayib Estefan and his wife, Lara Estefan-Coppola. Estefan Family Christmas will be Sasha’s first album release. He has two solo songs on the album, “I Saw Mommy Kissing Santa Claus” and “It’s a Marshmallow World”, a duet with his grandfather, Emilio on Paul William’s iconic “I Wish I Could Be Santa Claus” which they also recorded in Spanish. Estefan shares the album’s other seven tracks with his Tutu, Gloria and Zia, Emily.

Estefan is fluent in English, Spanish and Italian (the language of his maternal grandparents) is a wonderful student and is a talented singer, songwriter and musician and carries the Estefan genes strong and proud. 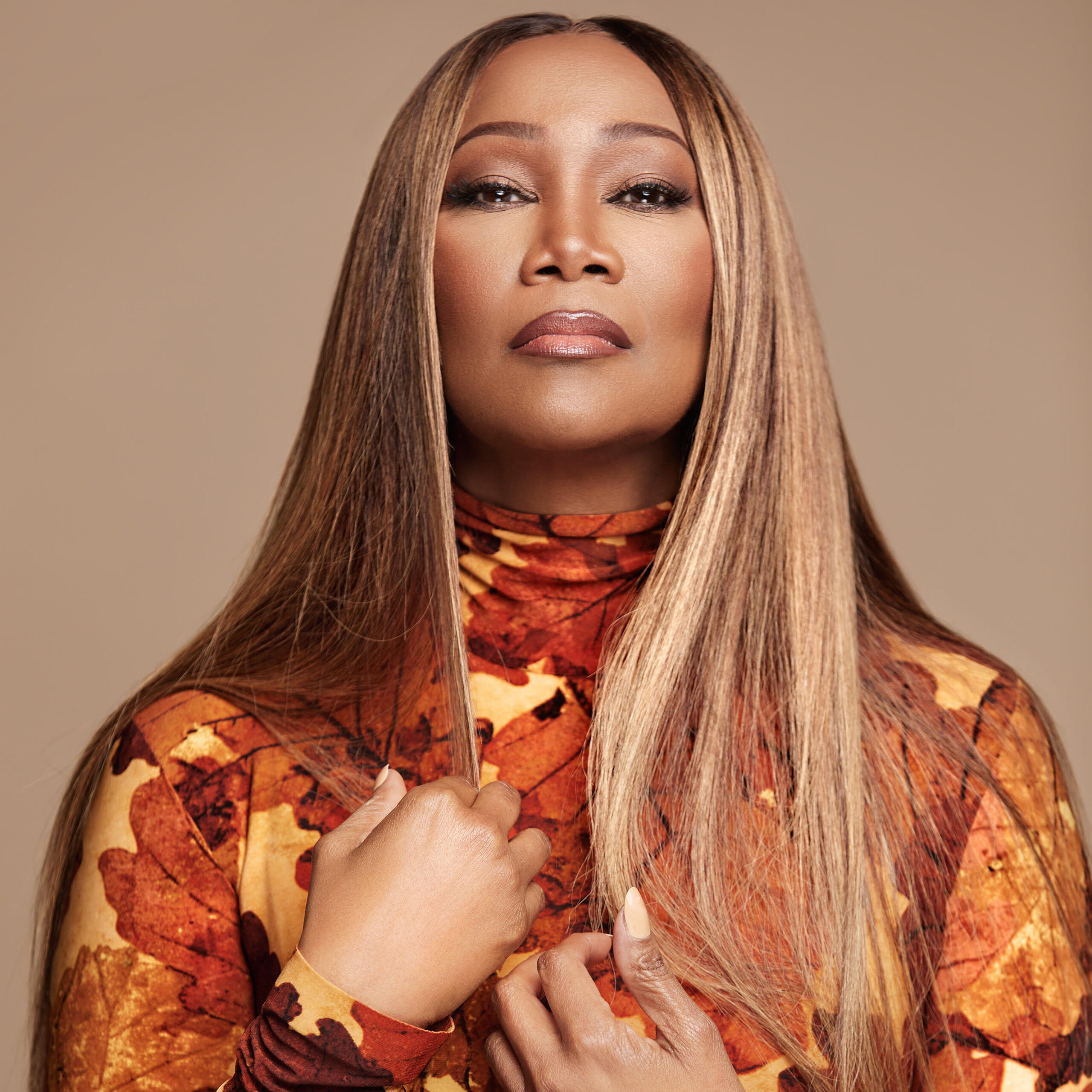 Yolanda Adams is a four-time Grammy Award-winning artist, triumphantly carrying the torch for contemporary gospel and inspirational music. With 13 releases, Adams has earned a multitude of accolades.

Yolanda is not only a phenomenal vocalist – she is also an author, designer, record company executive, mother, and actor. Recently, she was featured in the role of Denita Jordan on “Kingdom Business” (BET).

2022 marks the 100th lighting of the National Christmas Tree. Enjoy some of the past performances that helped celebrate the holiday season.

The National Park Foundation, in partnership with the National Park Service, is proud to recognize the many contributions of our partners of the 2022 National Christmas Tree Lighting. These organizations have sponsored the event or donated their expertise, products and services to brighten this holiday celebration for the American people.

Partners for the 2022 America Celebrates Display