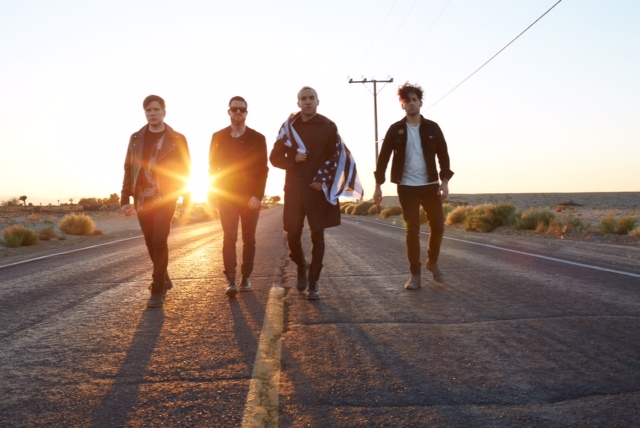 Fall Out Boy have cemented their position as one of rock music’s biggest-selling bands. Their sixth studio album AMERICAN BEAUTY/AMERICAN PSYCHO debuted at #1 on the Billboard Top 200 and peaked at #1 on iTunes in more than 22 countries upon its 2015 release. AMERICAN BEAUTY/AMERICAN PSYCHO is the follow-up album to the GRAMMY-nominated band’s gold-certified album SAVE ROCK AND ROLL, which debuted at #1 on the Billboard Top 200 and #1 on iTunes in 27 countries upon its 2012 release. Platinum selling “Infinity On High” topped the chart in 2007 which followed multi-platinum breakthrough album “From Under The Cork Tree” released in 2005. Fall Out Boy has also written the song “Immortals,” featured in the Oscar®-nominated Disney hit movie Big Hero 6. Hailing from Chicago, Fall Out Boy—Patrick Stump (vocals/guitar), Pete Wentz (bass), Joe Trohman (guitar) and Andy Hurley (drums)—has appeared on the cover of Rolling Stone and other prestigious publications. More information can be found at www.falloutboy.com.